Ever think contracts can be a bit of a relationship-killer? That’s what Fast Company’s Mark Wilson and Outlaw co-founder Dan Dalzotto discuss in this piece on our mission to modernize the contract process lifecycle and be less of an intimidating part of any business deal.

Dan and co-founder Evan Schneyer first came up with the idea for Outlaw when they found that:

“Contracts for a design, creative, or humans in general are probably the most intimidating part of doing business with someone. Slapping a 10-page contract in front of someone…I call it a bit of a relationship-killer because it’s almost like proposing on the first date.”

They knew there had to be a better way to optimize the contract process from end-to-end, and started Outlaw. Having a long history working in UI design, Dan spoke to Fast Company about the importance of our contract management platform not only being user-friendly for our clients but for their clients as well — a long forgotten attribute for legal teams using Microsoft Word. “Rather than a PDF or Word doc you sign, Outlaw deconstructs a text contract into its bits of interdependent logic, or what we’d simply call ‘code’ in just about any other modern text…The software allows the contract to be tweaked in plain language between two parties, without involving legal council, through an interface that’s familiar to anyone who’s used Google Docs.”

For more on how Outlaw is creating a seamless contract experience and cutting contract-to-close times by 90% for customers like Agoda, Virgin Hotels, and Barclays, read the full article on Fast Company. 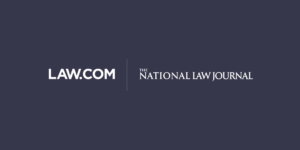 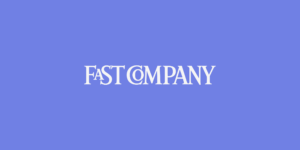