What makes a deal a deal?

There are a few requirements an agreement has to meet in order to be considered valid from a legal standpoint. One of the main components is called “consideration.” It’s the simple idea that you can’t get something for nothing (or at least that you don’t need a contract for it). Every agreement between you and some other person or entity has to be an exchange you both benefit from in some material way.

For example, a contract in which one person promises to give someone else a gift wouldn’t meet the consideration requirement because a person receiving a gift isn’t obligated to offer something of value in return. Of course, the person giving the gift might in fact get something in return (a sense of satisfaction at making someone they care about happy, for instance), but it’s not a material benefit, so that contract, in addition to being silly, would also be unenforceable.

The concept of reciprocity is so embedded in our understanding of the purpose of deals that consideration almost seems redundant. Why would someone sign a contract if they weren’t getting anything out of it? The answer is that they probably don’t know the agreement isn’t valid, and whoever drew up the illegal document was either equally clueless (it happens—sigh), or sleazily banking on the other side’s ignorance (it definitely happens—grrr!). Still, you may be thinking that it’s unlikely a person could be duped into signing a contract that didn’t offer them something of value—even if they didn’t know it was illegal, wouldn’t they just be like f*%k that?

Not necessarily. Here is a classic example related to “non-compete” agreements, which restrict employees from working for a company’s competitors soon after leaving their current position. If language around non-competition is included in a hiring contract (what you sign when you join the team), it’s all on the up and up. You are offering not to compete for a period of time after leaving the company, and the company is offering you a hiring package (compensation, benefits, etc). Both are of value, and can be understood in or translated into monetary terms. Consideration achieved.

But sometimes companies will ask employees they have already hired to sign non-compete agreements that stand alone (that aren’t connected to hiring contracts and thus to compensation packages). Unless the company is offering additional money or some other kind of material benefit in the context of this new request, this amounts to an attempt to extract a one-sided promise from an employee. How inconsiderate! It’s not an exchange, so it’s not a contract. But most people think they have to do or sign whatever their employer asks, so this kind of shady business is rarely challenged.

Since contracts are really just relationships, it’s no surprise that the element of reciprocity is considered fundamental to what makes a deal a deal. But, just like we need to beware of relationships where one person is taking and the other is giving, so too do we have to be on the lookout for one-sided deals in which little or nothing is truly being exchanged. Really, when it comes to creating quality deals (and relationships), it doesn’t take much: just a little consideration. 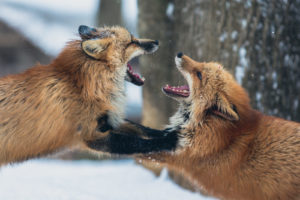 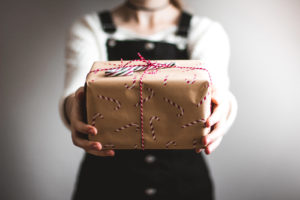 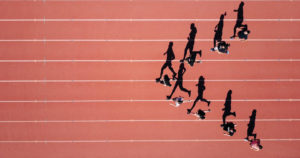